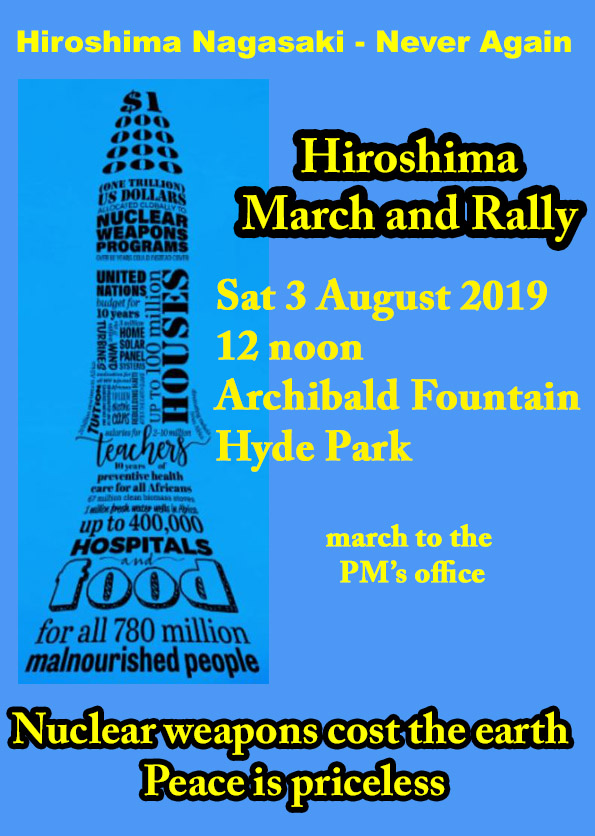 The past is known:

The present contains both danger and hope:

We live with nuclear weapons that continue to threaten the survival of humanity.   Trillions are spent upgrading and maintaining the world’s nuclear arsenals while the basic needs of billions of people in the world are not met.
The US military budget is now over $US437 billion every year. This is larger than the whole Australian economy. Yet global poverty and inequality are getting worse and millions of people die of hunger and disease.
Australia is directly involved through the US bases here, especially Pine Gap near Alice Springs. Pine Gap is essential to the US nuclear war fighting strategy. This makes Australia a nuclear target and makes our country complicit in US nuclear attacks.

Despite all this there is hope:

The people of the world have spoken out against nuclear war. The result of this work is the Treaty on the Prohibition of Nuclear Weapons which was adopted by the United Nations on 7 July 2017.

Hiroshima residents are calling on all nations to sign the treaty, so future generations do not have to face the pain and suffering that these inhumane weapons caused their forebears.

Its time to ban the bomb! 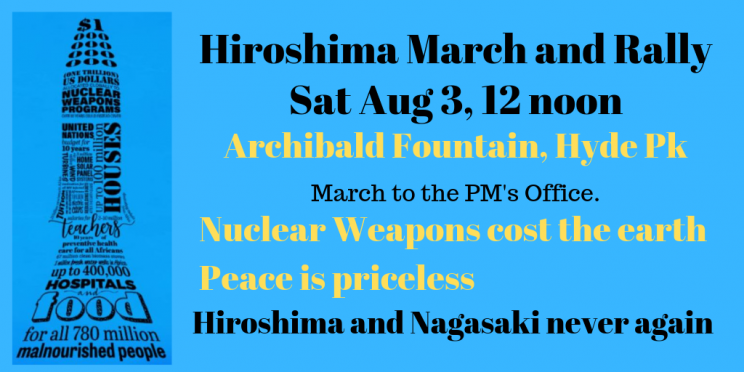 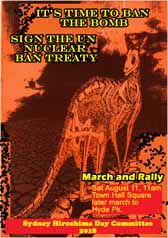 Put a Nuclear Free
World on the agenda 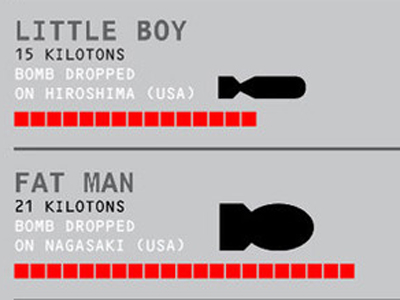 5 nuclear bombs were dropped on the Japanese cities of Hiroshima and Nagasaki, killing about 212,000 men, women, and children. This year, 72 years later, we have a historic opportunity as the great majority of United Nations members have developed a treaty to ban all nuclear weapons. This is particularly important since the improved missile systems developed under the Obama Modernisation Program and being escalated by Trump are now capable of instantly wiping out the Russian deterrent. All our hopes and plans for the future exist under the shadow of a catastrophic threat that could kill millions of people and destroy planet Earth. Although there are other threats, such as global warming, nuclear weapons are the greatest immediate danger confronting our species.

The only defense is
the abolition of
all nuclear weapons

To our shame, the Australian Government has boycotted the historic UN talks. But 84 percent of Australians want the government to support these efforts to ban nuclear weapons. Australia has joined treaties banning chemical and biological weapons, landmines and cluster munitions. Now it must help negotiate a Nuclear Weapons Convention. Australia lends bases, ports, and 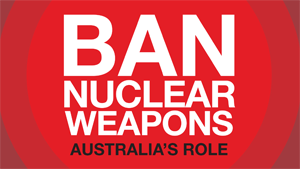 infrastructure for the United States nuclear war-fighting apparatus. Australia’s boycott calls into question our commitment not only to the UN but also to the 1968 nuclear non-proliferation treaty which obliges all member states to “pursue negotiations in good faith on effective measures relating to … nuclear disarmament”. Who will believe government claims to want peace and security if Australia actively undermines this historic effort?
Join us on the anniversary of the bombing of Hiroshima to demand that
the Australian Government join the negotiations to ban the bomb forever